NOTE: These pages continue to change as we try to provide convenience and options with the transition to online services. Media players on these pages will now default to audio, which is just the traditional sermon portion of the service. There is a control (director's clapboard icon) to switch the player to video. If available, it is typically the full service. You can also select the sermon title in any list of sermons, which will take you to a page with the audio/video options for just that service. 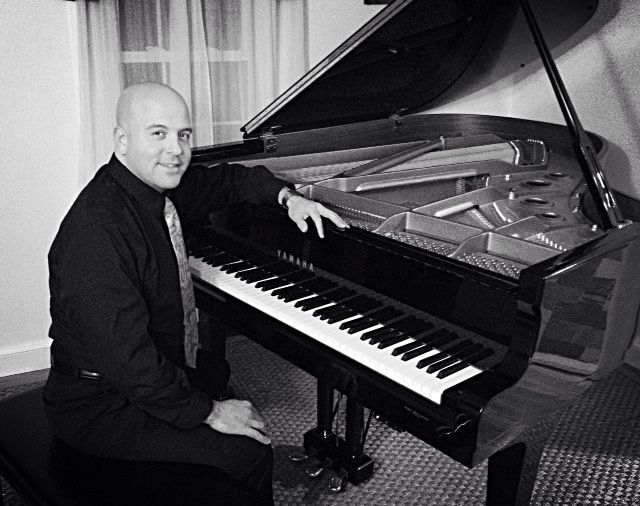 Steve Zocchi has been the Music Director at First Parish since September of 2014.

Steve Zocchi is a pianist, guitarist, composer and music teacher from the Chelmsford area with over 25 years of teaching experience.  He received his BA in Piano Performance from UMass Lowell. He studied organ with Dr. John Ogasapian and served as his Assistant Organist at St. Anne's Church in Lowell from 1997-1999. Prior to coming to First Parish, Steve served as Music Minister at St. John's Episcopal Church in Lowell from 2000-2014. He has performed in numerous eclectic piano concerts at local venues, juxtaposing classical, jazz and original compositions. He studied jazz piano theory with Steve Hunt. Steve's latest release 'Piano Works and Play' as well as his previous CD 'Compositions and Improvisation' include both music composed in the classical tradition as well as improvised music in several genres. Steve lives with his wife, pianist/cellist Meghan Zocchi, and their three sons in Acton, MA.