Vigils will be virtual until it is safe to meet in person again without restrictions.

While we would rather hold this vigil in person, in the interest of safety, we cannot. This year's vigil will consist of recorded music and readings and a reflection. We hope to also be able to include the reading of the names.
If you would have any questions or would like to volunteer to read names, please email This email address is being protected from spambots. You need JavaScript enabled to view it.. Readers would need to be able to record and submit the list of names they are given  by November 12..

Link to the Program: 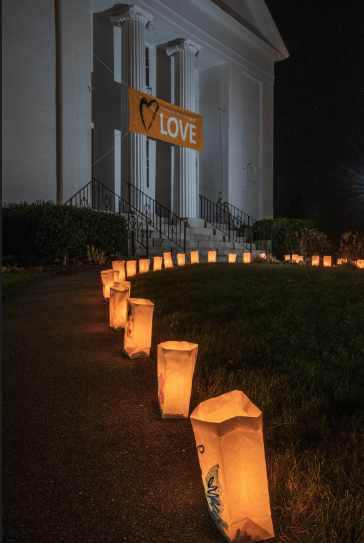 Most people trace the observance of Transgender Day of Remembrance, or TDOR  to the murder of Rita Hester in Boston on November 28, 1998. Her murder shook the local community, who responded with a walk through the streets and a candlelight vigil outside her apartment, organized by Gwendolyn Ann Smith, a transgender graphic designer, columnist, and activist. That walk and vigil are often said to have been the inspiration for what has become and international act of remembrance commemorating those who were killed by transphobic violence. In 1999, a candlelight vigil was held in San Francisco, and each year the remembrance has grown, so that it is now observed in over 166 cities in more than 20 countries. We have been observing it at First Parish Unitarian Universalist Church in Chelmsford since 2009. We believe that as more of us bear witness against transphobic violence, we make it impossible for our towns and cities and the world to ignore it.

In some places, the week leading up to or following the Day of Remembrance has become known as Transgender Awareness Week and has become a time of extensive awareness building and advocacy.  The actual day of remembrance is November 20, though for logistical reasons observances are often held on the weekend before or after the date. In Massachusetts, it is customary for towns that observe the remembrance to hold theirs on a date different from Boston. We also coordinate with Lowell so that we do not hold our vigil on the same date as Lowell.

It is important for you to know that not everyone remembered during the vigil may have considered themselves transgender, though each was a victim of violence based on intolerance of transgender and gender variant people. Some were friends, lovers and allies, killed while they were with a transgender person. Others may not have identified as such, but their attackers did not accept their gender expression.  It is also important to realize that there are many more victims than those whose lives are remembered during the vigil. There are many countries where it is so dangerous to be transgender that there are no support groups to report news of the community. The media varies in its respect for the transgender community, which also leads to some reports being missed. The police in countries that refuse to recognize transgender people may insist that the victim died from a robbery rather than a  hate crime. And there are many victims who died by their own hand,  because of the unbearable consequences of discrimination and rejection.